The first step of UniSAFE’s research has been completed!

We have successfully created a European baseline of policies in place to combat gender-based violence at the legal and policy level and the level of research funding organisations (RFOs), as a fixed point of reference for future comparisons. We have assessed existing frameworks at the national, regional and RFO levels in the 27 EU countries. This is accompanied by analyses of four Associated Countries (Iceland, Serbia, Turkey, UK) and two Third Countries (Canada, USA) that were selected for comparison and as examples of existing practices.

This research benefits from the work of a network of national experts, thank you immensely to them!

> Find out our main findings!

The analysis reveals that insufficient public policy attention has been given to GBV in universities and research institutions in the EU, with very few countries having a comprehensive policy mix in place or in development.

Legal acts: only 8 out of the 33 mapped countries have laws that explicitly refer to GBV in the context of universities and research organisations. Six of these countries are EU Member States (MS), among which five are EU-14 countries (Austria, Germany, Greece, Spain, Sweden) and one is an EU-13 country (Lithuania). The other two are Third Countries (Canada, USA). No relevant laws were identified in any of the mapped EU Associated Countries.

Policies: 10 out of the 33 mapped countries have policies that refer explicitly to GBV in the context of universities and research organisations. Eight of these countries are EU MS, among which six are EU-14 countries (Finland, France, Ireland, Italy, Portugal, Spain) and two are EU-13 countries (Cyprus and the Czech Republic). The other policies can be found in one Associated Country (Turkey) and one Third Country (Canada). It has to be noted that Croatia and the Netherlands have policies under preparation but no information was available at the time of the analysis.

RFO policies: the mapping did not reveal any policies adopted by EU RFOs to address GBV, although initial discussions have taken place in recent years (e.g., in the FORGEN Community of Practice funded by the Horizon 2020 project ACT). The only RFOs that present promising practices in terms of policies are found in the UK and the USA.

2. Other types of actors than national/regional authorities may have an important role

Three countries in particular report the important role of umbrella organisations in taking action against GBV (Belgium, Lithuania, and UK). Some of the guidances have proven to be of importance despite their nonbinding nature. For example, the Guidance for Higher Education Institutions: How to Handle Alleged Student Misconduct Which May also Constitute a Criminal Offence, adopted by an umbrella organisation called Universities UK as an updated version of non-statutory guidelines (the Final Report of the Task Force on Student Disciplinary Procedures – commonly referred to as the Zellick Report), served as the basis for universities’ internal procedures on GBV. The document focuses on prevalence, protection, prosecution, and provision of services. Other umbrella organisations’ guidances have yet to prove their role as a potential platform for the development of institutional policies. For example, in the aftermath of the #MeToo campaign in 2020, the Conference of Universities´ Rectors in Lithuania adopted Guidelines for the Prevention of Sexual Harassment and Investigation of its Incidence. The Guidelines are aimed at preventing GBV in Lithuanian public universities, protecting its victims, and prosecuting the perpetrators.

3. The presence of legal acts and policies encourages the development of other informal types of actions

UniSAFE has also assessed the (non)existence of informal actions and/or measures addressing GBV in universities and research organisations that have been undertaken by national or regional authorities, RFOs and umbrella organisations, such as reports, surveys, guidances, trainings and seminars, declarations, etc.

The analysis shows that there is a marked difference between, on the one hand, the older EU-14 MS and Third Countries (USA and Canada) and, on the other hand, the newer EU-13 MS and some of the AC. This suggests that other types of actions do not occur in place of policies to make up for this lack, but rather that the policies in place may encourage and facilitate the development of additional types of actions outside the boundaries of policy.

4. Sexual harassment is more commonly addressed than other forms of GBV

As regards the terminology used in the legal acts and policies, GBV as a term is used very infrequently (in examined documents and is found in only three EU countries). In terms of the forms of GBV, all four types of regulations – laws, policies, RFO’s policies and other actions by national authorities – most commonly address sexual harassment, while other forms of GBV are addressed to a much lesser extent. Two other forms that are addressed more frequently are sexual violence and gender harassment in laws and again sexual violence and online violence in policies. This may reflect the earlier broad categories that were developed in the Sexual Experiences Questionnaire by Fitzgerald et al. (1988), which worked with gender harassment, unwanted sexual attention and sexual coercion.

Laws and policies in the EU relatively infrequently address intersectionality; when they do, gender identity and sexual orientation along with race are the axes that are addressed most often. Other grounds of inequality are addressed less frequently – religion, age, health and disability, class, and im/migration. This maps onto the vulnerable groups to GBV that are mentioned most frequently in the laws and policies in which non-binary staff and students, ethnic minorities, and staff with disabilities are the ones mentioned more frequently.

6. International mobility and early-career stages are not addressed

Dedicated laws and policies do not address mobility, internationalisation, or early career stages as situations that are particularly vulnerable and require policy attention. Given the importance of international academic mobility, especially in the early career stages (doctoral and postdoctoral), when there is also more hierarchical inequality and therefore increased vulnerability, this omission in the laws and policies is striking for EU policy-making.

7. The coverage of the 7P model shows disparities across countries

UniSAFE analysed the legal acts and policies through the lens of the 7P model (prevalence, prevention, protection, prosecution, provision of services, partnerships and policies).

In terms of the 7Ps to combat GBV, Third Countries show greater coverage of the 7Ps than the EU-14 and even more so than the EU-13 and this disparity is particularly striking in the area of legislation. In the EU, France, Ireland, and Spain have the most comprehensive coverage of the 7Ps. Overall in the EU, more attention is devoted to Prevention and Policies, that is, the fact that the identified legal acts and policies address a need to create policies, especially at the institutional level. The least attention has been given to Partnerships and Prevalence.

In terms of other actions taken by national authorities outside law or policy, they are most often focused on prevention too (26 out of 30 such other actions).

Given the importance of data, statistics, and indicators as a basis for evidence-based policy-making, there is very little to establish the prevalence of GBV. It has to be noted that the processual aspects in all types of frameworks examined tend to be addressed in a general and vague way. As for monitoring and evaluation mechanisms, they are more often set which mirrors the low presence of prevalence surveys and incidence reporting mechanisms. Almost none of the laws and policies set consequences for non-compliance (e.g. sanctions). Sweden stands out for its law and France, Ireland and Spain for their policies.

9. Too little information to study possible impact of #MeToo and Istanbul Convention on the adoption of laws and policies

Given the time period that is the focus of this analysis, we also wanted to see whether the #MeToo movement and the discussions surrounding the Istanbul Convention had an impact on the policies of universities and research organisations. This was based on the assumption that the #MeToo movement might lead to the mobilisation of the student body and initiate changes in universities and that the polarisation and hate speech directed at gender studies as a field and the attacks against ‘genderism’ could have a negative effect on universities where gender studies are taught. Neither of these were found to play a significant role in the university and research sectors. Or, to be more precise, not enough information is available online to make any positive or negative correlation. However, the #MeToo movement was reflected in a relatively positive light in the media coverage; in individual cases, the #MeToo movement sparked a public debate on the topic and increased awareness, including in higher education. Overall, the Istanbul Convention and the debates surrounding it have not significantly affected universities and research organisations, as the issue is generally seen as external to the sector.

To dig deeper in the analysis, we invite you to have a look at the 33 national reports summarising the state of play on each country’s legal and policy frameworks.

Stay tuned for our next steps!

This research benefits from the work of a network of national experts, thank you immensely to them! 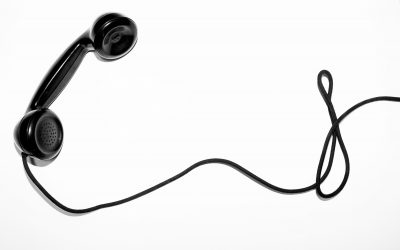 The UniSAFE consortium has collected content on national helplines and support services for victims of gender-based violence. This inventory is a...

END_OF_DOCUMENT_TOKEN_TO_BE_REPLACED 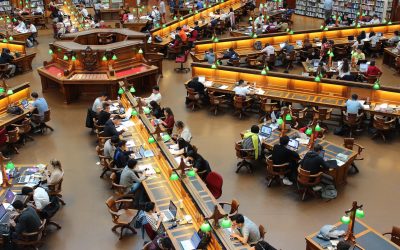 35,000 respondents to the UniSAFE survey! What are the next steps?

The field phase of the UniSAFE survey ended on 1 May 2022. In total, over 35,000 responses were collected. We warmly thank all respondents and the...